War is a Crime Against Humanity: The Story of War Resisters' International 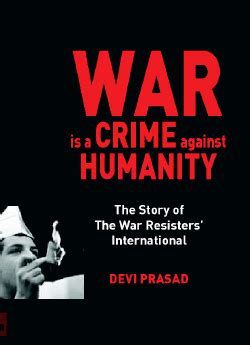 Devi Prasad, General Secretary of the War Resisters' International (WRI) in London from 1962 to 1972 and then chairman from 1972 to 1975, has written a useful study of the organization, highlighting the period in which he had direct responsibility. His history ends in 1975 when he passed on his chairmanship to Myrtle Solomon, who held the chair from 1975 to 1985.

This is an action-filled history of the 1960s until the end of the US war in Vietnam in 1975. It was only yesterday for some of us like myself who started protesting atomic-bomb testing around 1953. It is ancient history and unfamiliar territory for those who can not recall the heated debates over the concept of a "Third Camp" -- basically a force between the Soviet Union and the USA but with a humanistic philosophy which made it more than just "the non-aligned" -- presented by A.J. Muste at the WRI Triennial Conference in 1954.

In reading the history, I was struck by how long-serving was the secretariat and the officials. The book is dedicated to Herbert Rumham Brown who was General Secretary when the WRI was officially structured in 1926, then chairman until his death in 1949. Likewise, Grace Beaton, the administrative soul of the organization served from 1933 until 1956.

Like all organizational histories, it has more meaning for those in the organization or on its edge than for the activists who worked through other organizations. Unfortunately, Devi Prasad does not make the people in the movement come alive with descriptions of their character or their impact, even for those from India with whom he had worked before coming to the UK. Thus, if one wants to understand the character and role of the Indian socialist-pacifist Jayaprakash Narayan, one does better reading the book of another Prasad: Bimal Prasad Gandhi, Nehru, and J.P. (Delhi: Chamakya Publishers, 1985, 294pp).

Likewise, the comment of the then-chairman Michael Randle at the end of the 1969 conference at Haverford College outside Philadelphia -- that in the future WRI conferences should give up seminars and just party -- hints that not all the time was spent in drafting the resolution Devi Prasad quotes usefully. WRI vice-chairman, Pastor Martin Niemoller was not only a pacifist but also an influential neo-orthodox Protestant theologian, but there is no trace of his theological reflection. Among the rich collection of photos, there is one taken at the Gandhigram Indian conference of 1960 of Danilo Dolci speaking and a youthful Johan Galtung interpreting, but there is no analysis of why Galtung's extensive peace research work seems to have had no direct influence on WRI positions.

People and events are noted, but there is no analysis of why WRI did not follow up on the initiative or why such people then went on to work primarily in other organizations. There is a vivid retelling of one of the most innovative of WRI actions -- a nonviolent "commando raid" of small groups sent to Moscow, Warsaw, Budapest, and Sofia to protest the Soviet intervention to crush the Prague Spring in Czechoslovakia. This was a simultaneous, transnational action undertaken by no other organization. One of the four "commando teams" was an Italian group led by Marco Panella who went on to develop the transnational action concept with the Transnational Radical Party, which ultimately took a political path quite divergent from WRI's.

The other innovative transnational action was Operation Omega -- an effort to bring relief supplies during the 1971 fighting in East Pakistan (now Bangladesh). Led by Roger Moody, it took its name from the philosophy of Teilhard de Chardin and had as its motto, "No boundary is legitimate which attempts to separate those in pain from those who can help. Human beings do not need permission to aid those threatened with death."

There were nine entries into Bangladesh with relief supplies before India invaded Bangladesh to establish it as an independent country and allowing some 10 million refugees to leave India for Bangladesh.

However, Operation Omega did not continue the way the "French doctors" -- Médecins sans Frontières, based on the same principles -- did. Rather than becoming a multi-million dollar organization and Nobel Peace Prize laureate, Operation Omega folded in 1973. 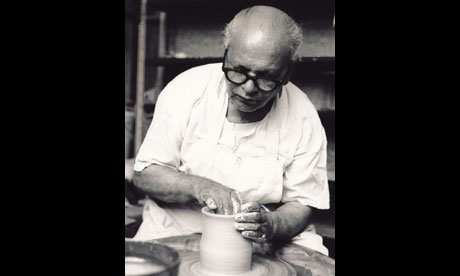 Devi Prasad points out the tensions inherent in the WRI. On the one hand, WRI is the international body of conscientious objectors to military service; on the other hand, it wishes to play a role in the wider peace movement where conscientious objection plays a minor role. Likewise, the WRI established itself as a secular organization. Many of the original founders, wearing their Quaker hats, were also the founders and activists of the explicitly religious International Fellowship of Reconciliation (IFoR) a few years earlier.

However, the majority of COs in prison were Jehovah's Witnesses, who are not strictly pacifist since they would fight if Jesus led them in the "final days." The other mass group of COs was a Pentecostal group -- the Church of the Nazarenes -- in what was then the kingdom of Yugoslavia. Both Jehovah's Witnesses and the Nazarenes were far in spirit from the liberal Christianity of the Quakers, not to mention the Marxist positions of some WRI national sections, especially in Germany.

This tension between individual conscience and a politically-relevant policy was already highlighted in 1928 at the second conference of WRI held in Vienna. Hans Kohn, one of a small number of pacifists living in Palestine, said "Regarded from the sociological standpoint we are today a sect; and we must become a movement. It is undoubtedly a great spiritual value that we have begun as a sect -- a community of people united by one idea, who have gone out to seek to discover men who already belong inwardly to this sect. We must come out from this position as a sect and enter into the position of a movement ... We and the War Resisters are merely an outpost of all other men who do not possess the power of theoretical exposition, and the sacrificial courage of the martyr; an outpost of the humble and the dumb, who cannot speak for themselves ... The foundation of our Movement must be solidarity of the human race, the respect for life and the worth of human personality."

This challenge of solidarity of the human race still exists, and Devi Prasad's history of WRI is a useful look at past efforts and hints for the future.

War is a Crime Against Humanity: The Story of War Resisters' International (PDF)

Rene Wadlow is the President of the Association of World Citizens, an international peace organization with consultative status with ECOSOC, the United Nations organ facilitating international cooperation on and problem-solving in economic and social issues.