How COVID-19 is impacting the Delayed Entry Program and threatening the health of recruits. 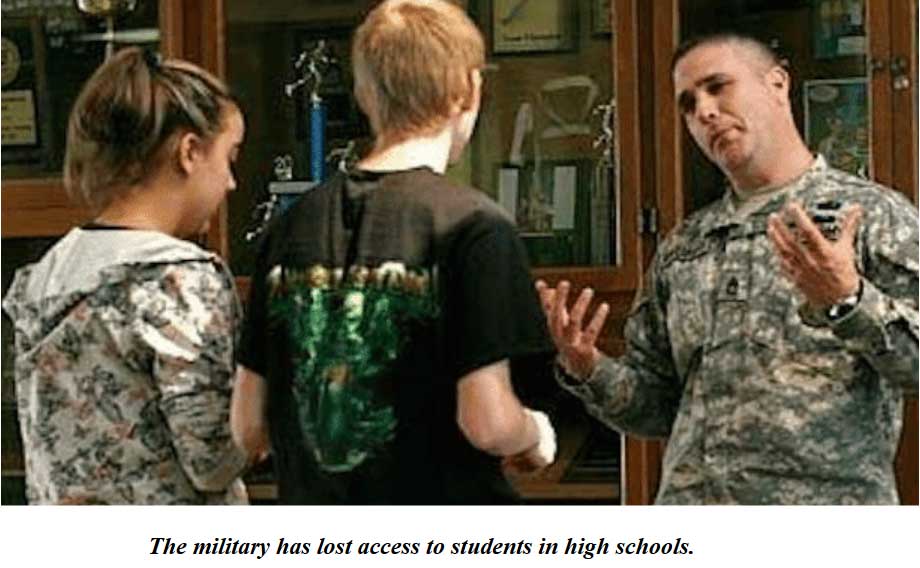 COVID-19 has profoundly impacted the way the military finds new soldiers. The recruiting command was caught unprepared to face the pandemic and is facing a challenging new reality.

Military recruiting is an intense, psychological pursuit that has traditionally relied on the ability of recruiters to develop close relationships with teenage prospects. These relationships were cultivated in the nation’s high schools where recruiters enjoyed access to children. Recruiters served as coaches and tutors. They brought donuts to the faculty. They ate lunch with prospects, sometimes a hundred times in a single school year. Military recruiters played one-on-one basketball after school with potential recruits and became best of friends with some kids. So friendly, hundreds of male recruiters have been implicated in inappropriate sexual relationships with underaged girls.

High schools were the center of the recruiting universe, but that ended abruptly in March when the enlistment pipeline was ruptured. Recruiters enlisted seniors and placed them into the Delayed Entry Program (DEP) in which a student’s entry into active duty is postponed for up to 365 days. (The Army now calls it the Future Soldier Program.) The thrust of the DEP program is to maintain future soldier motivation while minimizing attrition. When DEP members report to basic training, they are accessed (enlisted) into active duty. 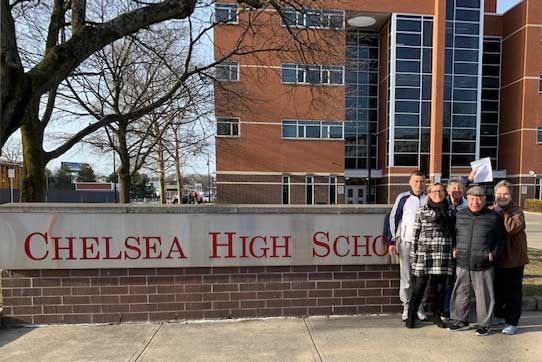 Read more: A Counter-recruitment Victory: Chelsea Uniting Against the War 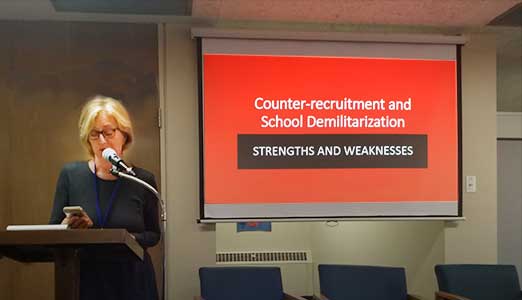 A scrappy counter-recruitment movement is trying to starve the military of labor.

Out of the spotlight, dedicated counter-recruiters around the country are steadfast in their organizing to cut off the human supply chain to the U.S. military.

­Eighteen is the youngest age at which someone can join the U.S. military without their parents’ permission, yet the military markets itself to—which is to say recruits—children at much younger ages. This is in part accomplished by military recruiters who visit high schools around the country, recruiting children during career fairs and often setting up recruitment tables in cafeteri­as and hallways. As a result, most students in the U.S. will meet a military recruiter for the first time at just 17 years old, and children are getting exposed to military propaganda younger and younger.

Read more: Why We Still Need a Movement to Keep Youth From Joining the Military 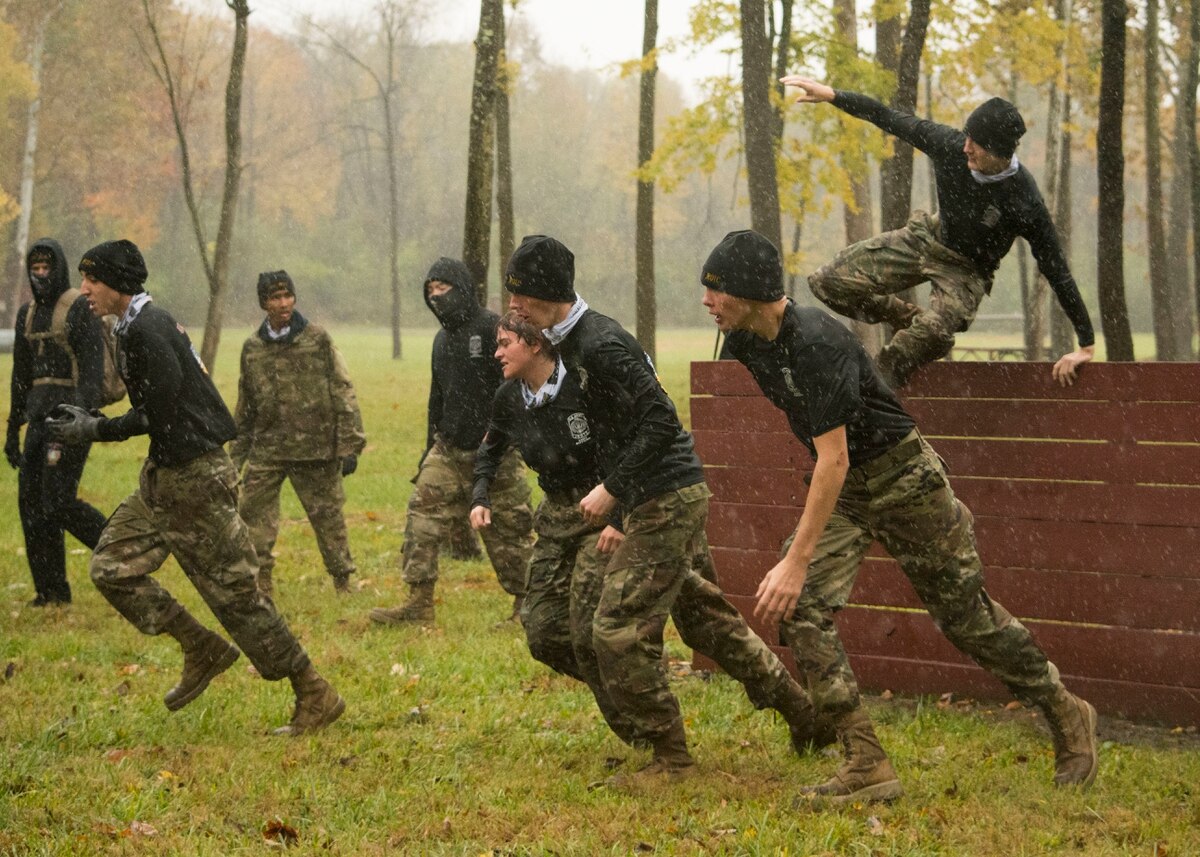 Legislation has recently been suggested that, among other things, would greatly expand the number of JROTC units and make military recruiting a more explicit, formal part of the program's stated purpose. It's part of the Inspired to Serve Act of 2020, which is being proposed by the National Commission on Military, National, and Public Service (NCMNPS). Below is the JROTC-related language (the commission is also recommending draft registration for women):

(a) EXPANSION OF JROTC CURRICULUM.—Section 2031(a)(2) of title 10, United States Code, is amended by inserting after “service to the United States,” the following: “including an introduction to service opportunities in military, national, and public service,”.

(b) PLAN TO INCREASE NUMBER OF JROTC UNITS.—The Secretary of Defense, in consultation with the Secretaries of the military departments (as defined in section 102 of title 5, United States Code), shall develop and implement a plan to establish and support not less than 6,000 units of the Junior Reserve Officers’ Training Corps by September 30, 2031.

(c) AUTHORIZATION OF APPROPRIATIONS.—There are authorized to be appropriated such sums as may be necessary to carry out this section. 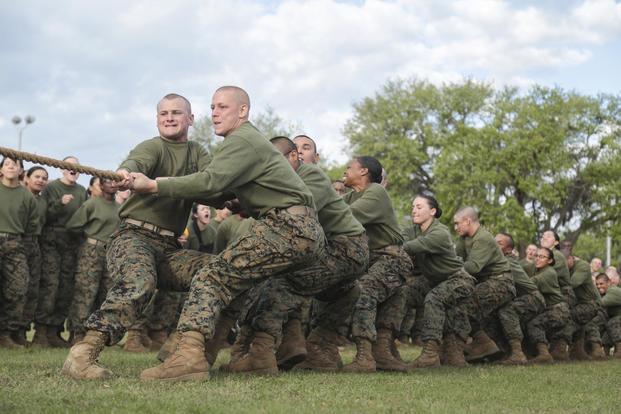 News Advisory: Anti-draft activists call on Congress to end draft registration in response to court case on the Selective Service System and report of National Commission on Military, National, and Public Service.

As Congress prepares to debate the issue of the military draft, anti-draft activists are calling on Congress to enact legislation to end draft registration entirely.

The 5th Circuit Court of Appeals heard arguments March 3, 2020 in a case in which a Federal District Court judge has already ruled that the current requirement for men to register with the Selective Service System for a possible military draft is unconstitutional. A decision on that appeal could come at any time. The National Commission on Military, National, and Public Service (NCMNPS) will release its recommendations to Congress regarding the Selective Service System on March 25, 2020. 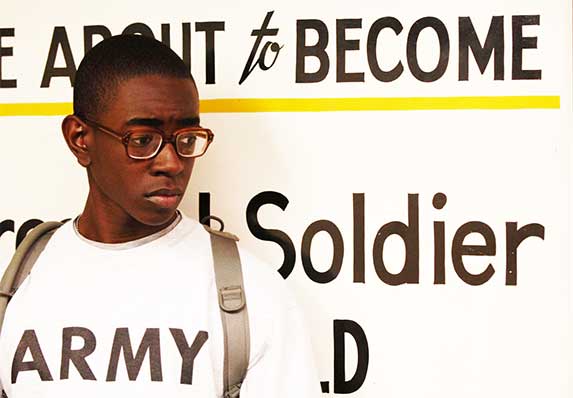 by Rolando Zenteno / Facing South - Since the U.S. ended the draft in 1973, young adults from Southern states* have been overrepresented among new military recruits. In fact, the region has been in a league of its own in terms of military recruitment since the late 20th century, with no other region experiencing as wide a disparity in military representation.