The Games Industry as 21st Century Imperialism & Its Cultivation of Fascism 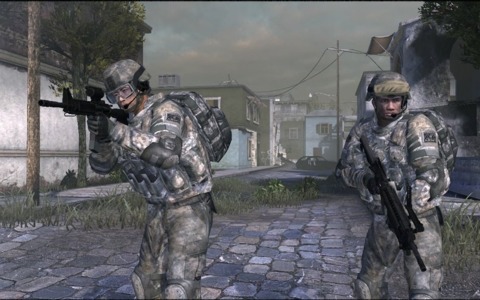 Like other mass-cultural forms, videogames are produced within and are enabled by a historical and material global network reliant on global capitalism (Dyer-Witheford and De Peuter 2009; Kirkpatrick 2013: 108). This is achieved via postcolonial access to slave labour extracting conflict minerals in the Democratic Republic of Congo (Sinclair 2015, 2016, 2017; Valentine 2018); the super-exploitation of countries like China, India, Vietnam, and Malaysia (Fuchs 2017, Qiu 2017); the free-trade regulations of the centres of economic power; the precarious working conditions of software developers in North America (Consalvo 2008, O’Donnell 2014, Williams 2013) and in cheaply outsourced countries like Malaysia and Vietnam (Flecker 2016, Thomsen 2018); the exploitation of passion via ‘playbour’ by multibillion-dollar software companies (Dyer- Witheford and De Peuter 2009; Bulut 2020); the dominance of white heterosexual masculinity in game studios and the industry writ large (Srauy 2019; Johnson.

In 2018; Bulut 2020); and the disposal of e-waste back into the exploited countries (Maxwell et al. 2014, Nguyen 2017), that digital games are able to flourish as a cultural and economic force for those consumers with access to them (Huntemann and Aslinger 2012).

The consolidation of power by software and hardware platforms also affirm a ‘platformisation of culture’ (Nieborg and Poell 2018), whereby markets are structured in the interests of a single dominant platform holder, such as Apple, Amazon, Google, Sony, Microsoft or Valve, that facilitates ‘platform imperialism’ (Jin 2015; D. B. Nieborg, Young, and Joseph 2020). While the games industry has been at the forefront of many of these changes, I argue that its contemporary form is predicated on twenty- first century imperialism and their products are symptoms of the historical and materialist systems they derive from. The games industry follows monopoly capitalist production networks (Baran and Sweezy 1966) that super-exploit workers and the environment in the imperial periphery, while circulating surplus profits towards the -- 2 -- core. The prominent games themselves often reflect this global stratification via a dominance of white, male, heterosexual Anglophone subjugating others (Fron et al. 2007). This means that both game development and the games themselves reflect each other. Hence, as Joseph (2018b) argues: ‘if you look at video games, capitalism stares back at you. They idealise experiences of individual freedom (through code or play), while exploiting uneven global development’. This is the primary mode of argumentation that leads me to argue that the conditions of capitalism and their inherent tendency to produce crises; the global stratification between imperial core and periphery; and the Western white masculine dominance in the games themselves result in reactionary behaviour by consumers that lash out at any perceived and constructed outsiders, usually seen in the many examples of white supremacy (Gray 2014; Russworm 2018), heteronormative patriarchy (Shaw 2018; 2015), and postcolonial dynamics (Mukherjee 2017) between social groups in games culture, both within the imperial core and against their periphery (Jong 2020). Ultimately, because the 21st century imperialism of the games industry operates across chauvinistic stratification (cf. Cope 2015) the games industry and the products it produces cultivate fascist logics, as also evidenced in the numerous harassment campaigns against players and workers in and around games (A. Salter and Blodgett 2012; M. Salter 2017; Mortensen 2018; Massanari 2017; Polansky 2018). As such, my argument breaks new ground by linking the white supremacist, heteronormative masculinity usually researched in games culture (Taylor and Voorhees 2018) with materialist analysis from Marxist theories on imperialism and whiteness (Du Bois 1935; Cope 2015). Thus, I locate the materialist underpinnings of reactionary elements in digital game culture and their relation to the games industry. As such, the paper combines questions of political economy, imperialism, critical race theory, and feminism that ultimately makes a case for the relation between materialist production and reactionary movements. This allows us to more easily account for and identify the inherent tendency for the games industry to cultivate and give rise to fascism.