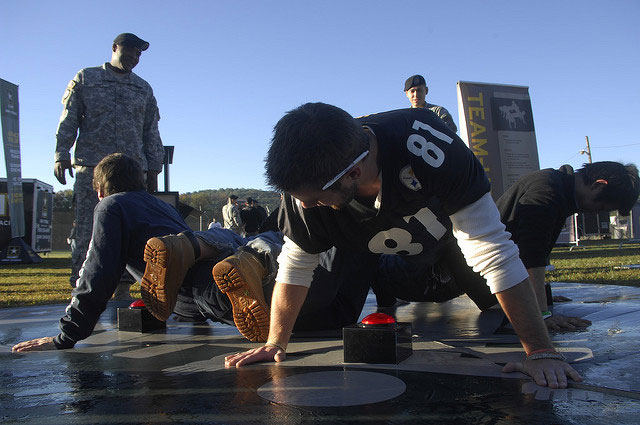 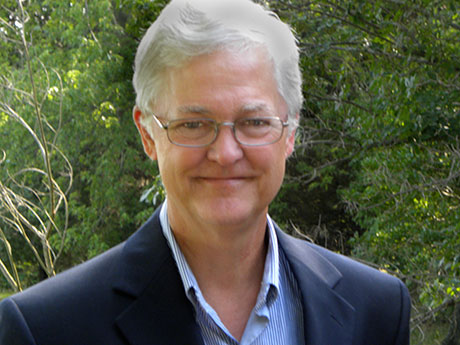 The sword’s back edge hangs precariously over us like the sword of Dionysius dangling from a horse hair, ready to sever Damocles’ head. America's military largess will be its sudden undoing. Rome took centuries to collapse. America's demise is upon us.

Given that the US has a volunteer army, military recruitment is essential to the military's survival. You state in one chapter that military recruiting is "psy-ops at home." How so?

It's a coerced, recruited Army as much as it is a volunteer Army.

American military recruiting is a despicable, psychological pursuit that pits carefully selected and highly trained soldiers against vulnerable children. The American Public Health Association, (APHA) calls for the cessation of military recruiting in the nation's schools, claiming recruiters engage in aggressive behaviors to gain a child's confidence and trust. They say recruiters are exceptionally charming while failing to honor clear boundaries. It is despicable public policy, and it's time to end it.

Recruiters are child predators. They have monthly quotas, and they're signing up kids who have no business joining the military. Kids with anxiety disorders, ADHD and severe learning disabilities are being coerced to sign up. They're crushed and spit out as broken souls in a few months by a malicious system.

There were more than 20,000 deserters from the Army alone during the period from 2006 to 2014. Most got a slap on the wrist. The way the Army sees it, it's easier for recruiters to chill with kids in high school cafeterias to drum up new recruits than it is to chase down and reintegrate the deserters. Still, most kids are resistant because they have far better options.

From electronic trolling of social websites, recruiters know intimate details about our children and they use them to prepare a psychological dossier before first contact. It is insidious.

What role do Madison Avenue and Hollywood play in military recruiting?

It seems everything these days carries a military insignia, including banks, credit card companies, hats (made in China), toys, models, games, watches, jewelry -- the list would fill this page. The Marines have their own "Devil Dog" cologne for $45 a bottle. The America's Army Comic Book app has a five-star rating from the Apple App store, apparently for its sterilized glimpse of Army life produced for recruiting purposes.

Producers who desire access to military bases, soldiers and weapons in the production of motion pictures and television shows are directed to contact the Office of the Chief of Public Affairs (OCPA) to submit their scripts and plans for editorial approval. Censors regularly edit the scripts of thousands of productions, [such as] "American Idol,"  "Cupcake Wars," and hundreds of movies. The Pentagon rejects productions they don't like and rewrites scripts to enhance the military image to "safeguard recruiting and retention numbers."

Failure to submit to the process forces filmmakers and others wanting to tell a story involving the military to potentially spend additional millions in production costs, effectively eliminating low-budget filmmakers not content with toeing the line.

Movies like Top Gun have enjoyed complete access to men, machines and bases. It's unlikely that a movie based on a script by Howard Zinn or Chalmers Johnson would receive the same treatment. This ideologically-rooted discrimination by the government, in which it favors one form of speech over another, is a blatant violation of the First Amendment.

Can you expand on the role of video games in both recruiting and glorification of the military?

Fourteen-year-old Michael Carneal fired eight rounds in fast succession at a high school youth prayer group, killing three and wounding five. In the words of author Lt. Col Dave Grossman, "He fired just once at each person's head, as one would do to rack up bonus points in a video game." Carneal spent a good portion of his life playing first-person shooter games.

For many, there's an undeniable appeal to taking virtual human life. Although the wildly popular America's Army video game (rated Teen, Blood, Violence) can't quite match the gore of Mortal Kombat or the splattering brains in Manhunt 2, it's not bad for a free download, children contend. According to a study by researchers at the Massachusetts Institute of Technology, the game has had more impact on recruits than all other forms of Army advertising combined.

First-person shooter games have the propensity to attract and nurture killers, especially those who spend significant portions of their lives immersed in this virtual netherworld. Meanwhile, the real world places a premium on securing the services of those who are wired to kill.

What role do our schools play in enabling military recruiting?

The answer to this question depends on multiple socio-political variables, the most important of which is the location of the school. For instance, youth from Georgia are about three times more likely to enlist in the armed services than are youth from Rhode Island. Georgia's culture and schools are far more militarized than Rhode Island's.

According to the Army's School Recruiting Program Handbook, "The objective of the Army's school recruiting program is to assist recruiters with programs and services so they can effectively penetrate the school market. The goal is school ownership that can only lead to a greater number of Army enlistments." The access military recruiters enjoy on a given high school campus is largely determined by the principal. Although the military is chipping away at its goal of school influence, local communities are still legally empowered to exercise day-to-day control over their schools.

Many high schools allow recruiters unfettered access to kids. The recruiters are often free to roam the hallways and "chill" with kids. On campus, they may perform the following functions:

Why does "military enlistment ruin lives," as you write?

Excruciating musculoskeletal injuries, many that last a lifetime, account for 2 million medical encounters yearly. Forty-five percent of the 1.6 million veterans of the US wars in Iraq and Afghanistan have filed injury claims with the Department of Veterans Affairs (VA). Furthermore, the veterans are claiming an average of eight to nine physical or mental injuries each. The VA still has a list of a half million veterans who must wait more than a month to be seen by medical staff. People have died while waiting.
Suicide is at or near record levels, and so are rapes and assaults. Most victims don't report their attacks to their commanders. Nearly half of the survivors who had the courage to report sexual assaults on four of the country's largest bases dropped out of the military "justice" process. Toxic leadership is endemic in the military's chain of command.

Looking back at the question, I answered how the military ruins lives. You asked why. That answer is simple. The US maintains a world empire with 800 foreign military bases in 70 nations, while the rest of the world combined has a few dozen. The US has killed more than 10 million people in 35 nations since the end of World War II. Some say it's three times that number. The US is the world's judge, jury and executioner.

The US military is a monstrous institution in desperate need of reform, but the public fails to hold it responsible for the staggering level of human death (including the recruited themselves) and misery it causes, thanks to one of the most expensive and sophisticated propaganda campaigns in human history.

Mark Karlin is the editor of BuzzFlash at Truthout. He served as editor and publisher of BuzzFlash for 10 years before joining Truthout in 2010. BuzzFlash has won four Project Censored Awards. Karlin writes a commentary five days a week for BuzzFlash, as well as articles (ranging from the failed "war on drugs" to reviews relating to political art) for Truthout. He also interviews authors and filmmakers whose works are featured in Truthout's Progressive Picks of the Week. Before linking with Truthout, Karlin conducted interviews with cultural figures, political progressives and innovative advocates on a weekly basis for 10 years. He authored many columns about the lies propagated to launch the Iraq War.

Pat Elder reveals the tactics
used by military recruiters to
lock the US's most vulnerable
young people into contracts of
life and death.