ALERT: Proposal to Make Draft Registration Mandatory for a Driver’s License Moves through the California Legislature 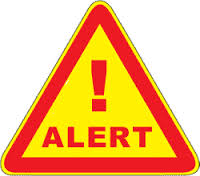 LETTERS TO SENATE TRANSPORTATION COMMITTEE NEEDED IMMEDIATELY! California’s large population has one of the lowest Selective Service registration rates in the country, which helps make a return to the draft less likely. Selective Service, however, is asking the California state legislature to boost registration compliance by making it mandatory in order to receive a California driver’s license. This proposal, which failed on five previous occasions, recently passed the state Assembly. It is now being considered by the state Senate.

Proposed by Assemblymember Rocky Chávez (R-Oceanside), Assembly Bill 2201 seeks to use DMV records to automatically register males with Selective Service when they apply for a license or license renewal. It is now waiting to for a hearing by the Senate Transportation and Housing Committee.

ACTION CALIFORNIANS CAN TAKE: Immediately send letters to the Transportation and Housing Committee. We’ve included a set of updated talking points to consider when writing to legislators. NOTE: Send faxes, if possible, since regular mail is now slowed by capitol security checks. Write to:

Note that messages sent to the above will be seen by key committee staff.

Read more: ALERT: Proposal to Make Draft Registration Mandatory for a Driver’s License Moves through the...

The California Commission on Teacher Credentialing (CCTC) will hold a public hearing on February 14, 2014 to adopt new regulations that will have a critical impact on physical education in California schools. There was prior action on this in September of 2013 and the CCTC voted to move ahead with adopting these new regulations. This is the final opportunity we have to express our concerns and ask them to vote “NO” on the new regulations.

Why Should I Be Concerned?

If approved at the hearing, this action will amend Title 5 regulations to authorize JROTC instructors to teach physical education. A confirming vote will add a Special Teaching Authorization in Physical Education for Holders of Designated Subjects Special Subjects Teaching Credentials.

Designated Subjects Special Subjects Teaching Credentials currently authorize the holder to teach the subject named on the credential (Aviation Flight and Ground Instruction, Basic Military Drill, ROTC, Driver education and Training). The requirements for a credential include: four years of experience in the specialty area, two years of successful teaching experience in the courses listed above, nine units or 135 clock hours in a progra of personalized preparation. You will note the deficiencies in the requirements when compared to the requirements for a full credential to teach physical education. The proposed change will require JROTC instructors to verify their subject-matter knowledge in physical education.

Can we count on JROTC instructors to provide content rich instruction in physical education? Or, will they focus on military content and devote time to physical activity as it related to successful completion of military activities?

Three important  ACTION STEPS for YOU to take:

1. Share this information with everyone who has an interest in quality physical education in our schools and ask them to participate in our efforts to let the Commission know that this is not an appropriate action to take.  Share with your colleagues who teach other subjects as well. Ask them to write a letter.

2. MOST IMPORTANT *** Write a letter (see sample and information below) to the Commission expressing your views and encouraging them NOT to APPROVE these regulations at the February 14th hearing. Send your letter via Email to This email address is being protected from spambots. You need JavaScript enabled to view it. FAX (916) 322-0048

Stop Military Recruiters from having easy access to our children!!!

Inform students about their right to "opt out" of their school giving their private information to MILITARY RECRUITERS!
Join Palisadians for Peace and CAMS as they distribute Student Privacy (Opt Out) forms to high school juniors and seniors.

From Madison, Wisconsin to Nashville, Tennessee: It's time to stand up!!

Working Tennesseans didn't cause the economic crisis, and we shouldn't have to pay for it.  Get on the bus with us to stop the attack on public service workers.  WE need an economy that works for working people!

Buses to the event will be leaving from Memphis early on Tuesday and returning late the same day. We are encouraging our members to get on those buses or carpool themselves to the event.

Memphis Buses- meet at the IBEW Local 474 union hall located at 1870 Madison Ave. (map) You MUST reserve a space, call organizer Tom Smith at 1-877-292-3865 or email him at This email address is being protected from spambots. You need JavaScript enabled to view it..