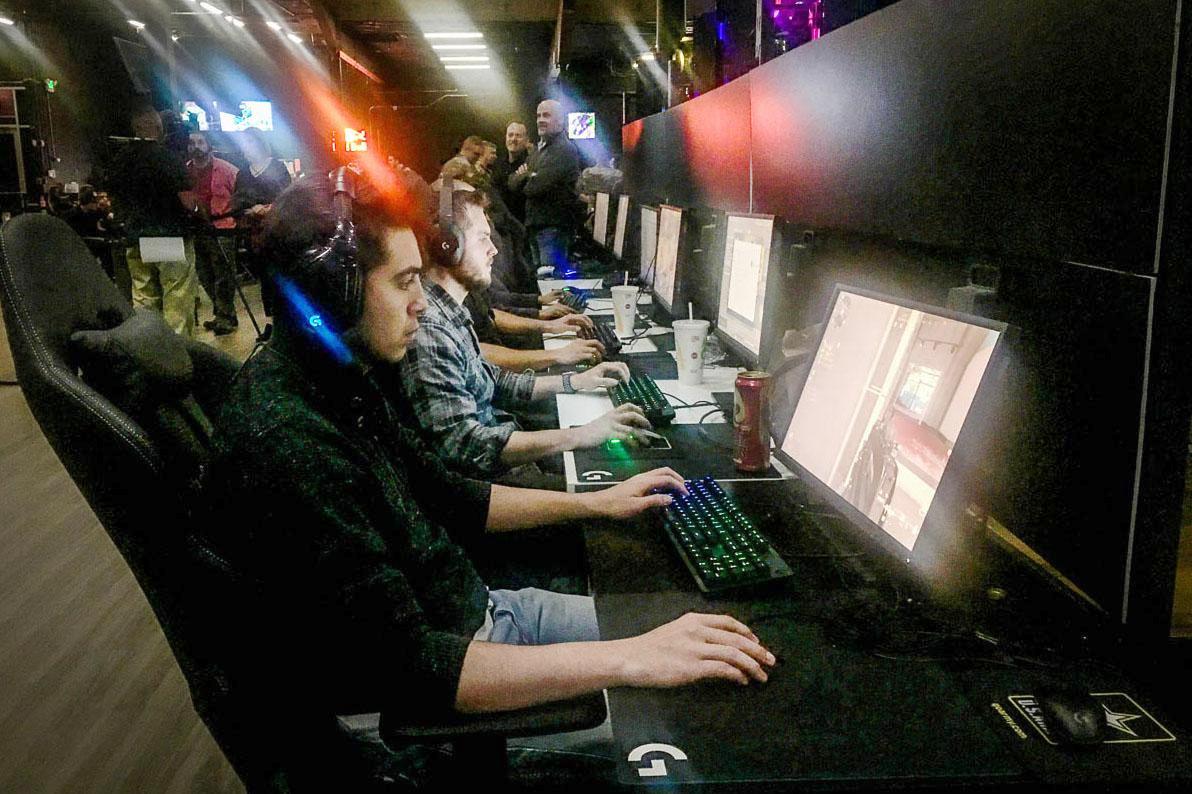 One of the figures hunched over a computer in the darkness huffs in disappointment.

Even though he wasn't dominating the brand new "Call of Duty: Modern Warfare" game, Gains attracted the attention of the event's sponsors - the U.S. Army. The office held this release party for the new game at an esports venue called Localhost Arena. Anyone who came to the party was able to play the new game as long as he or she also spoke to Army recruiters.

"This is the targeted demographic - these young men and women that came out here to play the esports," said Sgt. Vincent Cruz, an Army recruiter.

The Army has turned to esports, along with other new marketing strategies, in an attempt to make military service more appealing to young people. Cruz says video games are a way for the Army to connect with more people. It has even created its own professional esports team, which has become part of Cruz's pitch.

Cruz said the military wants to, "Reach out to these men and women and show them that 'Hey, you can actually do this in the Army and get paid by the way.'" The Army calls its esports efforts "some of the highest lead-generating events in the history of the all-volunteer force."

For the past three years, the Army regional recruiting office that serves Denver has hit only about 80 percent of its recruiting goals. Nationally, the Army fell 6000 troops short of its goal last year. This year, the Army set a lower goal and met it. But military leaders say the old ways to attract potential recruits aren't working the way they used to. More modern tactics are called for, like hosting an event at the Localhost Arena in Lakewood or starting a professional esports team.

"Phone calls and text messages are not the way to go," Cruz said.

Localhost Arena General Manager James Love said the staff was surprised when the Army showed up and said they wanted to collaborate on an event.

"I got some sideways glances." Love said. "Most people said 'Yes, we would love that.'"

The partnership is mutually beneficial. The Army wants to recruit, and Love wants the business to grow and attract players.

That's part of the Army's goal too - to show that it's not all boot camp and buzz cuts. It wants to persuade recruits that there's a fun side to the military, too.

Gains isn't ready for college yet, but he's fairly certain he wants to join the military. The biggest reason is a sense of community.

"It's always just been a big motivator for me is just having somewhere I belong," he said. "I like the military because you may not necessarily like everyone, but you know they have your back." 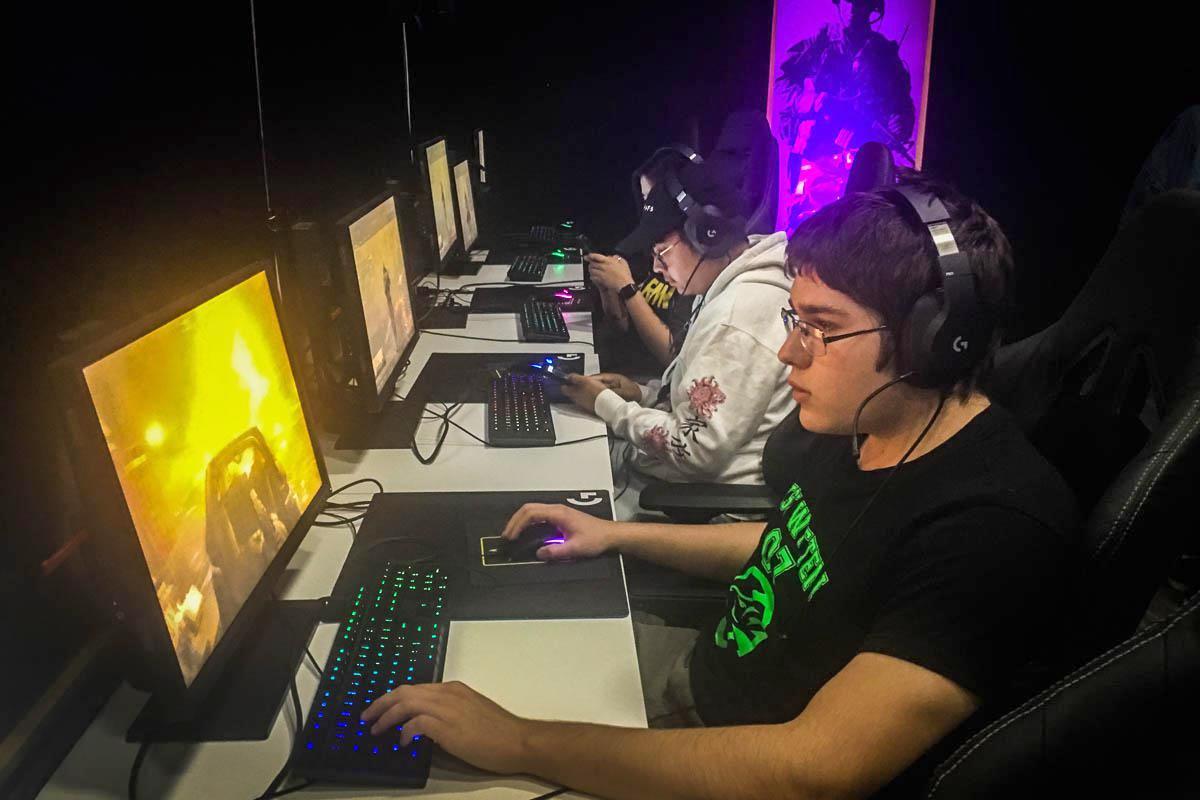 Gavin Gains, 17, who attended an Army recruiting event in suburban Denver, says he'll probably join the military. 'It's always been a big motivator for me just having somewhere I belong,' he said. Photo: Taylor Allen, Colorado Public Radio[

Michelle Alcantar, 17, is a new recruit. She expects to graduate from high school at the end of this semester and be off to boot camp in Oklahoma by summer. She got into video games through her brother-in-law, who is also in the Army.

Both gaming and the military are stereotypically seen as male. She's proud to be a woman involved in both.

"To me, it's really special because not a lot of women, I feel like, are represented in the Army," Alcantar said. "I feel like it's such a power move for women just because we can do the same thing men can, and we're finally allowed to do that after years that we couldn't." 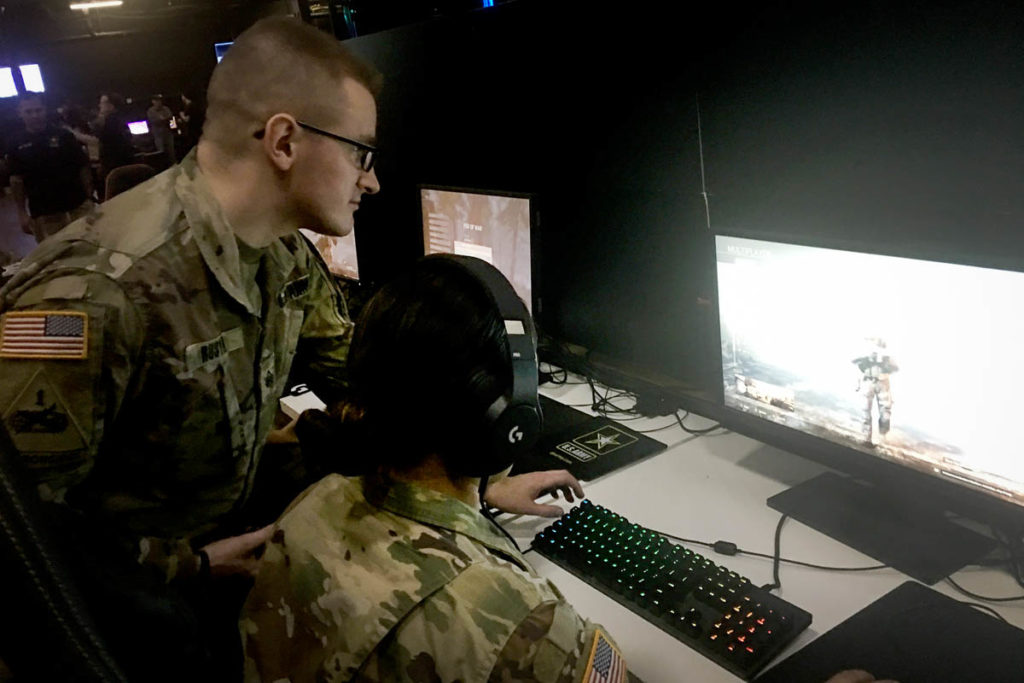 Alcantar also won a raffle at the recruitment game night. She went home with a brand new copy of the game.

The recruiters won too. Out of about 110 people who attended the party, the military gained 35 leads.